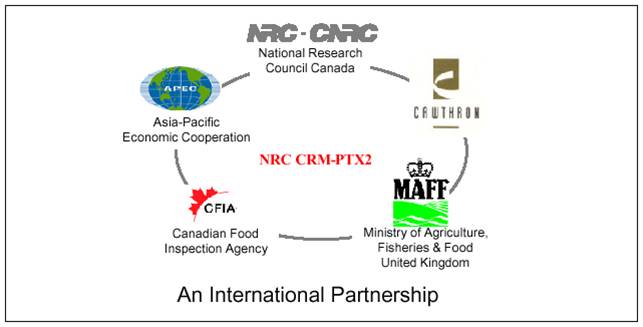 Worth more than gold

Cawthron Institute made the front page of our local paper tonight with a great story about a new business they have developed. Cawthron has become an important source for rare marine toxins, used as standards for calibrating the instruments used for detecting them in food such as shellfish. They get very high prices for these chemicals: one example was quoted where €3000 was paid for 1 mg (that’s one thousandth of a gram). There were many interesting stories along the way. Here’s one of them:

END_OF_DOCUMENT_TOKEN_TO_BE_REPLACED

Today is the birthday of Sir Theodore Rigg, director of the Cawthron Institute for 23 years, from 1933-56.  He was a very interesting man indeed.  Instead of providing the link to his biography on the Te Ara website, I’ve reproduced the whole thing here.  No problem with copyright, because I wrote it.

I was especially interested in his life before his arrival at Cawthron.  During the First World War Rigg, a Quaker, became heavily involved in humanitarian work.  Immediately after the war he found himself in Russia running orphanages.  Remember, this was during a civil war, the Revolution. He was reputedly sufficiently highly regarded  by both the Reds and the Whites that he was able to travel more or less freely on either side of the battle lines.  Anyway, here is the brief bio:

END_OF_DOCUMENT_TOKEN_TO_BE_REPLACED

Our camera club had a ‘low light’ session last week.  The location chosen was the Wakapuaka cemetary, a place full of potential.  I think this cemetary gives its residents some of the best views one could hope for, high on a hillside overlooking Nelson Haven.  Trouble is after 16,000 people have been buried here, all the best spots are taken!

The challenge was to find some images that were a bit different.  The beautiful little Garin Chapel was my first target. END_OF_DOCUMENT_TOKEN_TO_BE_REPLACED

I’ve been working on a  magazine article on marine farming, which has brought me into contact with some old friends and raised some old memories.  Coincidently a new aquaculture law was passed last week which many hope will bring an end to the fighting between marine farmers and commercial fisherman over water space.

My mind went back to a hearing of the Environment Court in May 2000 in Nelson, where the same, bitter battle was being fought. In particular, to the death of one of the witnesses. Here’s how it was reported  at the time:

END_OF_DOCUMENT_TOKEN_TO_BE_REPLACED

Sometimes I feel like a real photographer and sometimes I don’t. The Havelock Mussel Festival was one occasion when I didn’t. The problem was that I saw so many old friends from my time at Cawthron, when I was heavily involved with the marine farming industry, that I wanted to talk rather than take photographs. But I did get some: END_OF_DOCUMENT_TOKEN_TO_BE_REPLACED

A piece in the local paper a few days ago described the presentation of a prestigious award to a Nelson scientist. Dr Henry Kaspar received a special President’s Award for research-based innovation for industry at the Royal Society of New Zealand. The award was specifically for his work on starting the world’s only selective breeding programme for mussels. It is well-deserved. Henry has made a huge contribution to the Cawthron Institute over the last few decades. It was Henry who identified the perfect location for an aquaculture research centre, at the Glen just north of Nelson. Henry was the one who backed a young PhD student, Sam Buchanan, who solved the problem that had baffled government scientists for many years: how to grow the unique New Zealand green shell mussel in a hatchery. It was Henry who insisted that Cawthron embark on an ambitious selective breeding programme, rather than spend…

END_OF_DOCUMENT_TOKEN_TO_BE_REPLACED

The speaker at my Rotary club meeting last week had a remarkable story to tell, one in which I had an intense personal interest. Paul McNabb of the Cawthron Institute spoke about the discovery of New Zealand’s most poisonous animal, an inconspicuous little sea slug. END_OF_DOCUMENT_TOKEN_TO_BE_REPLACED

Last week I attended the funeral of Eric Chittenden, a chemist who spent almost all of his working life (49 years!) at the Cawthron Institute. He joined Cawthron in 1926, having left school four years earlier when he was 13. He had no formal qualifications and started in a very junior position as an assistant in the chemistry laboratories. He became a very respected soil scientist, making a huge contribution to agriculture and horticulture in the Nelson region. In fact, one of my purchases at the Founders Book Fair a few weeks back was a 1957 paper by Sir Theodore Rigg with Eric Chittenden as a co-author: a survey of soils, vegetation and agriculture of the Waimea County, Nelson.

END_OF_DOCUMENT_TOKEN_TO_BE_REPLACED

I’ve just been listening to a child psychologist on national radio talking about optimists and pessimists. It reminded me of a management problem I faced at Cawthron Institute where I took rather a risk in order to communicate successfully.

The problem involved a young Ph.D. student from Japan. He had just discovered that his supervisor back in Japan had done something dishonourable, something which he felt would be to the disadvantage of his New Zealand hosts. He became deeply depressed, stuck in a dilemma which he eventually confided to another Japanese researcher working at Cawthron at the time: Dr Kawamura.  Kawamura-san then spoke with the student’s Cawthron supervisor, who felt he was out of his depth and brought the problem to me.  They were both extremely concerned with the student’s state of mind, even mentioning the ‘s’ word.

END_OF_DOCUMENT_TOKEN_TO_BE_REPLACED

One day in the early 90s I got a telephone call from one of our clients in Christchurch. His Japanese wife had been working as an interpreter for a gentleman currently living in Christchurch who had expressed a great interest in visiting an organisation carrying out environmental research.  He wondered whether the Cawthron Institute would be a good choice. I explained that we had a lot of contact with Japanese researchers at that time and he would be very welcome. The Japanese gentleman duly arrived, along with his interpreter.